Studies show about 3 billion people in the world still cook food and heat their homes with traditional stoves fueled by wood or coal fires, which accounts for a large percentage of the greenhouse gases that are polluting our planet. Solar cooking is a clean way to cook that requires only sunshine as fuel. CyboEnergy, a California based company, is promoting a simple, unique, and user-friendly solar cooking system that allows people to cook both indoors and outdoors using solar energy. As shown in the following picture, the system includes 2 to 4 solar panels, one off-grid solar power inverter, and a hot plate. The off-grid CyboInverter has four DC-input channels, which can connect to four solar panels using MC-4 connectors by simply snapping them together. Each input channel has its own MPPT (maximum power point tracking) for each solar panel, so the solar energy harvest is maximized. The system can generate up to 1.15KW peak AC power for hot plates, grills, electric cookware, and other electric heating elements in the range of 500W to 3000W. 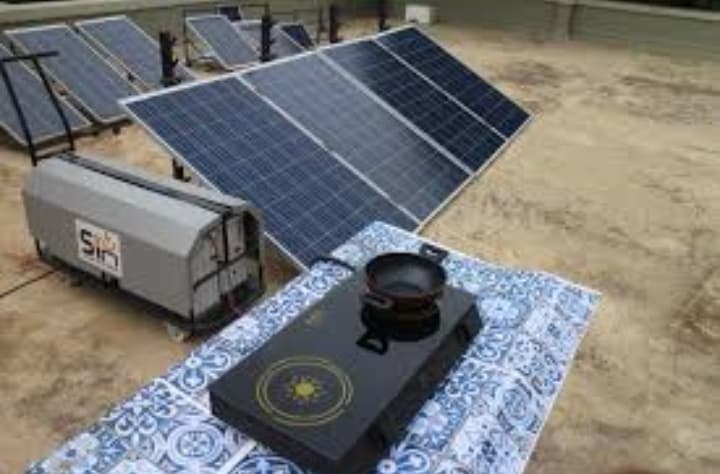 Compared with traditional off-grid solar systems, the off-grid CyboInverter based system includes the following merits: (1) no batteries needed, (2) panel level MPPT to solve partial shading problems and maximize solar power production, (3) no high voltage or high current DC so the system is easy to install and intrinsically safe, and (4) affordable. This innovative solar cooking system is ideal for any area where reliable electricity is not available.

CyboEnergy will launch a "Solar Cooking for a Cleaner Earth" campaign to promote solar cooking systems to rural parts of the world to demonstrate the advantages of the system and help accelerate the adoption of solar cooking and emission reduction, and contribute to the common goal of a cleaner world